Discovery of the village

If you like calm and simplicity, you've come to the right place!

Nestled in the heart of the Maurienne Valley, at the crossroads of the great Alpine passes and near the Vanoise National Park, Orelle is a village made up of 10 authentic hamlets, to be discovered during your walks. Here a wash-house, there a communal oven, 2 churches and as many chapels as there are hamlets... all between country houses in freestone stuck together as if to better preserve a heritage that has been kept intact. Open your eyes, the beauty of our village is hidden in its alleys...and in the soul of the inhabitants you will meet. They will undoubtedly deposit in the hollow of your memory the history of this small village formerly agricultural, then industrial, to finally become a place of vacation where it is good to stay.

This is where the tourist activity is in full swing! Departure from the Orelle gondola, souvenir shop, ski pass office, Bar des 4 Vallées, Tourist Office...a concentrate of pep and good humor reign over this hamlet!

As its name suggests, this is where we find the Town Hall of Orelle, or the school and the library.
The very beautiful baroque Saint-Maurice church sits proudly there, next to the Place des Nobles d'Albert d'Orelle.
Its particularity: "Chez la Tante", a small eco-museum, which Aimé and Victorine Traversaz open according to requests.

Perched at an altitude of 1170m, sunny all year round, an amazing view on the valley and the Aiguilles d'Arves: the hamlet is worth a visit.
Its particularity: many children took advantage of the joys of the mountains between 1960 and the beginning of the 2000s thanks to the camp which welcomed them.

Beneath its appearance of an abandoned hamlet, La Fusine, nestled between Le Noiray and the Chef-Lieu, is inhabited by a few lucky souls! Like all the hamlets of Orelle, it proudly displays its chapel, Saint François d'Assise, crossing point of the pilgrimage of the same name.
Its particularity: the pretty waterfall that flows there.

Nestled at an altitude of 1180m, this gem of traditional architecture reveals a thousand and one treasures to anyone strolling through its narrow streets. Located on the edge of the forest, the hamlet is the start of many hiking trails, to be practiced on foot or on snowshoes.
Its particularity: Bonvillard has its own church, Sainte Marguerite.

Its pretty mix of traditional architecture and wooden constructions, its Saint-Sébastien chapel, its oratory, its wash house: it is good to stroll in this sunny little hamlet!
Its particularity: its fertile land allowing the cultivation of vines and hops. Some 150 bottles of “La Demoiselle du Noiray” wine are thus produced each year and the Brasserie Orelle-Caron, recently installed, offers blond and amber beers that can be found in restaurants and shopkeepers in the village.

A small hamlet made up of only a few houses. The lucky ones will be able to spend a quiet stay in the warm Gites de la Biche and du Cerf!
Its particularity: one of the accesses to the hamlet is via a stone staircase built into the slope.

An incredible sweetness and calm emerge from this hamlet. Its Saint-Joseph Chapel, its communal oven and its narrow streets are a real invitation to contemplation.
Its particularity: it is the least known of the hamlets of Orelle! 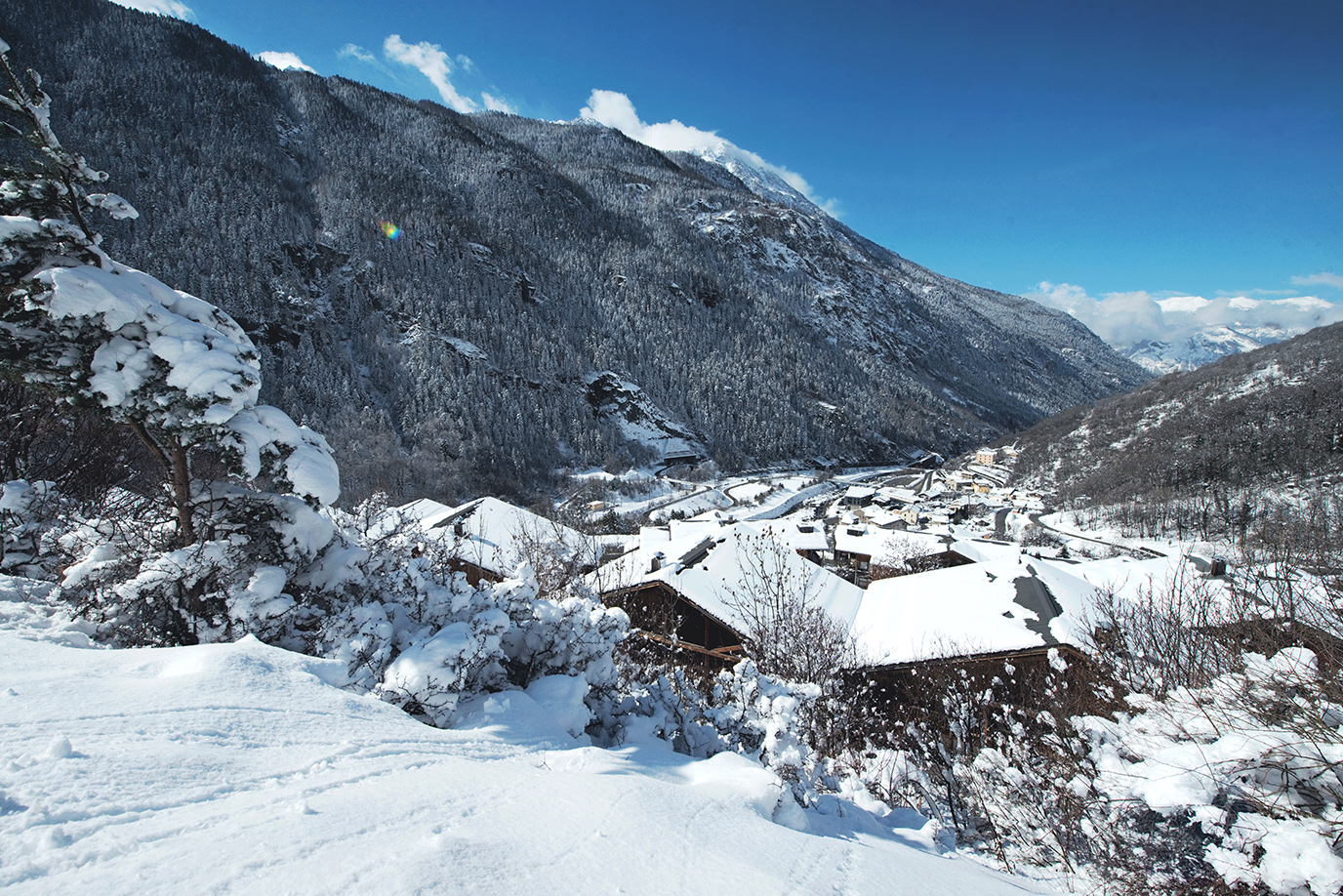 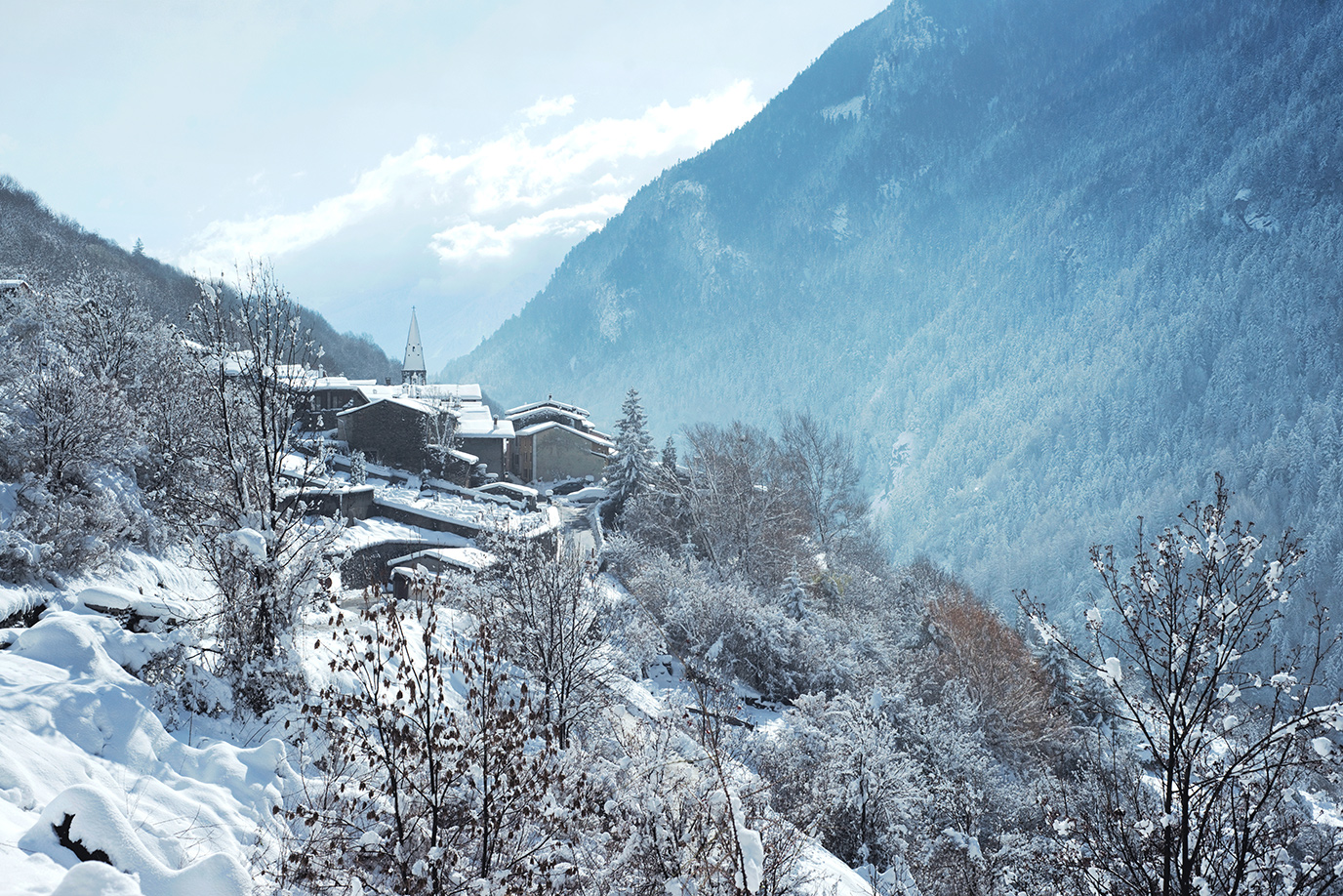 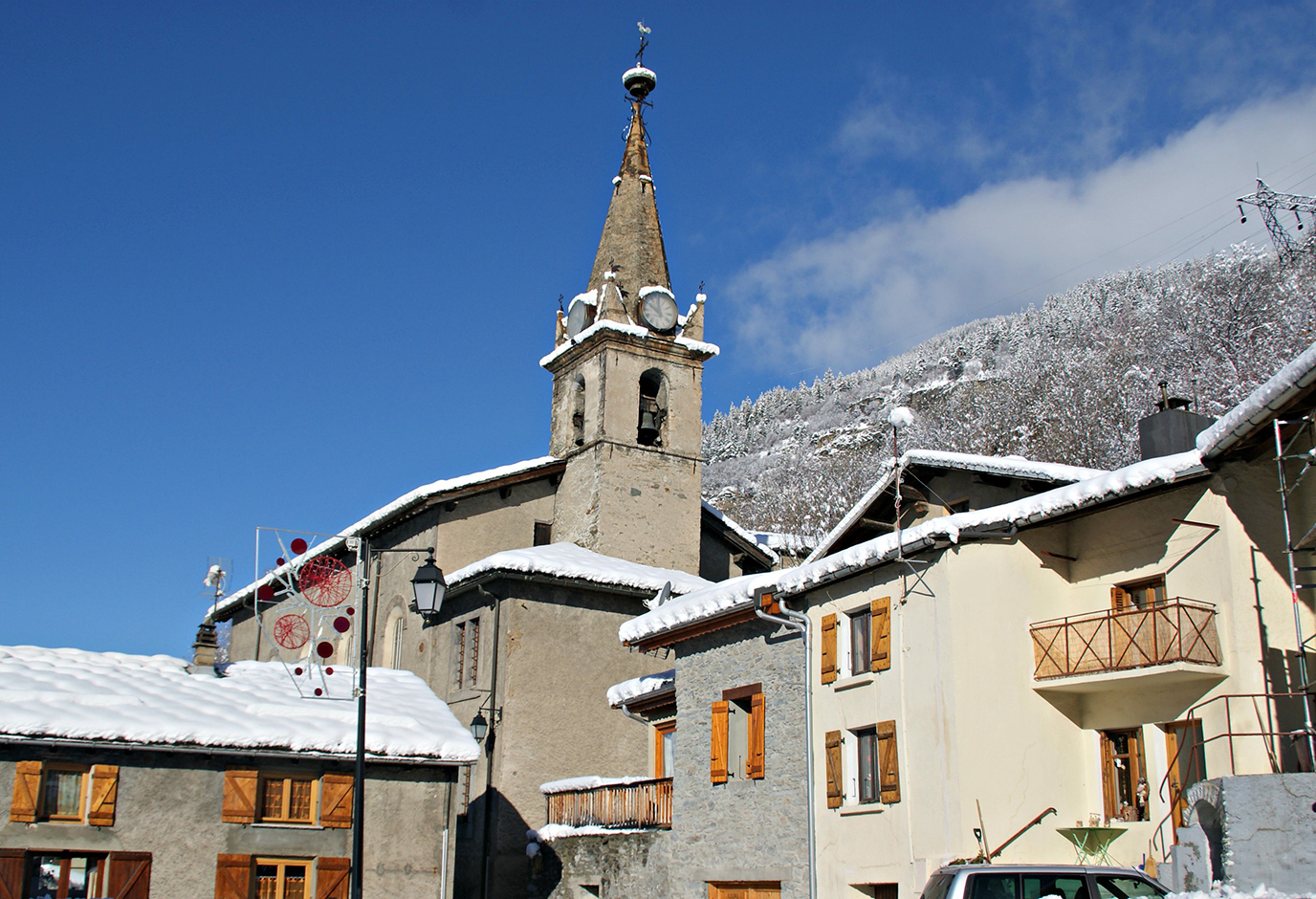 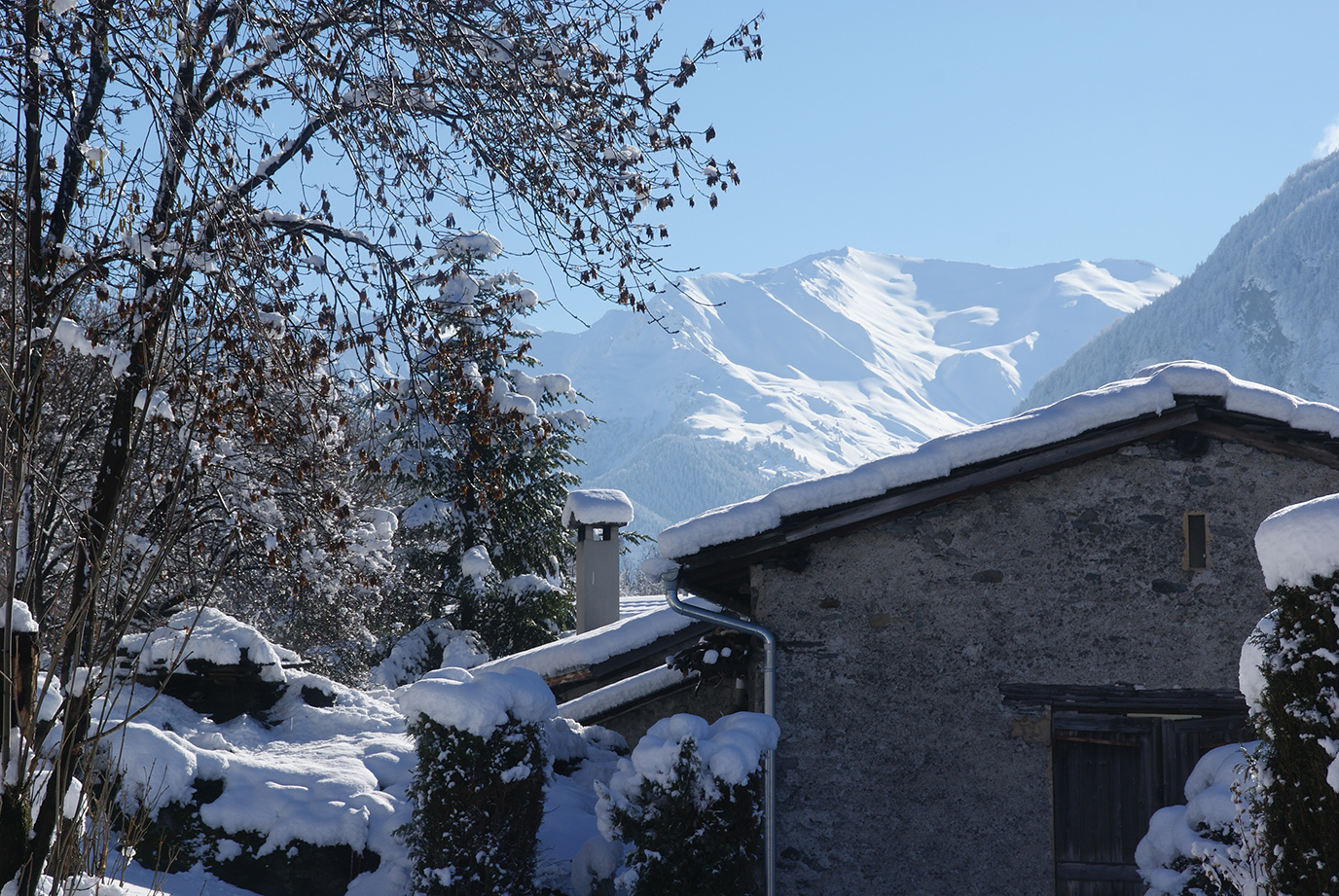 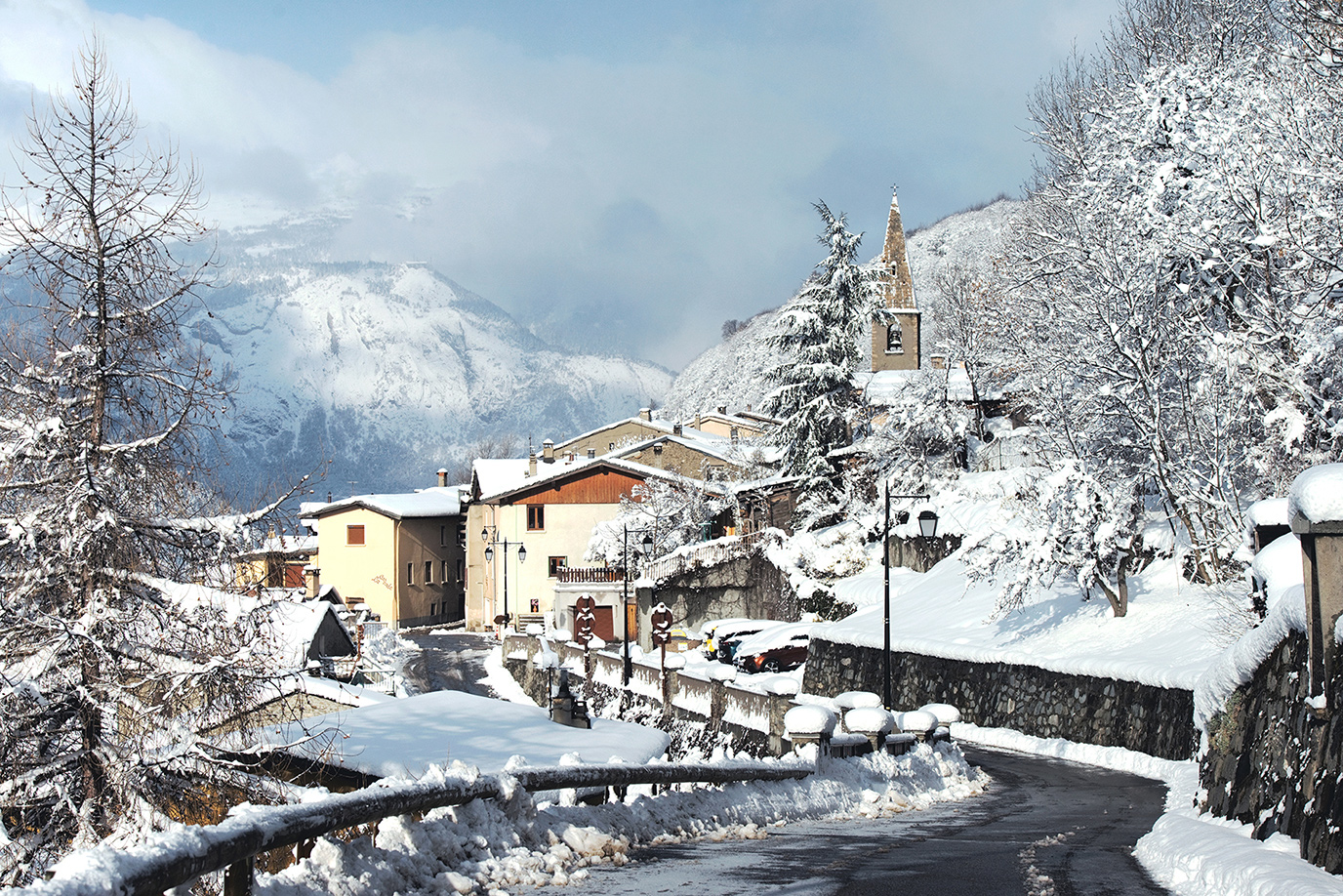 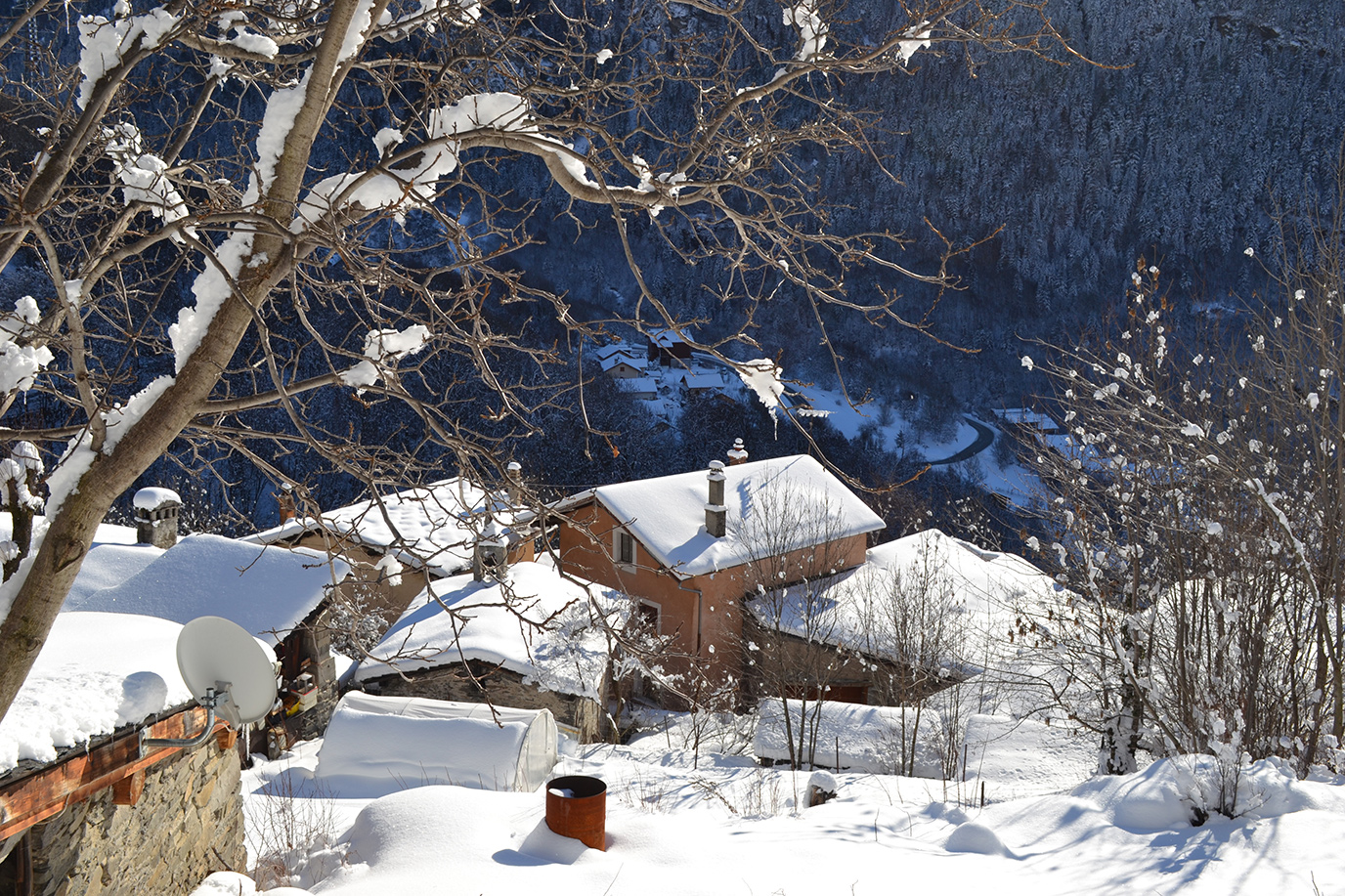 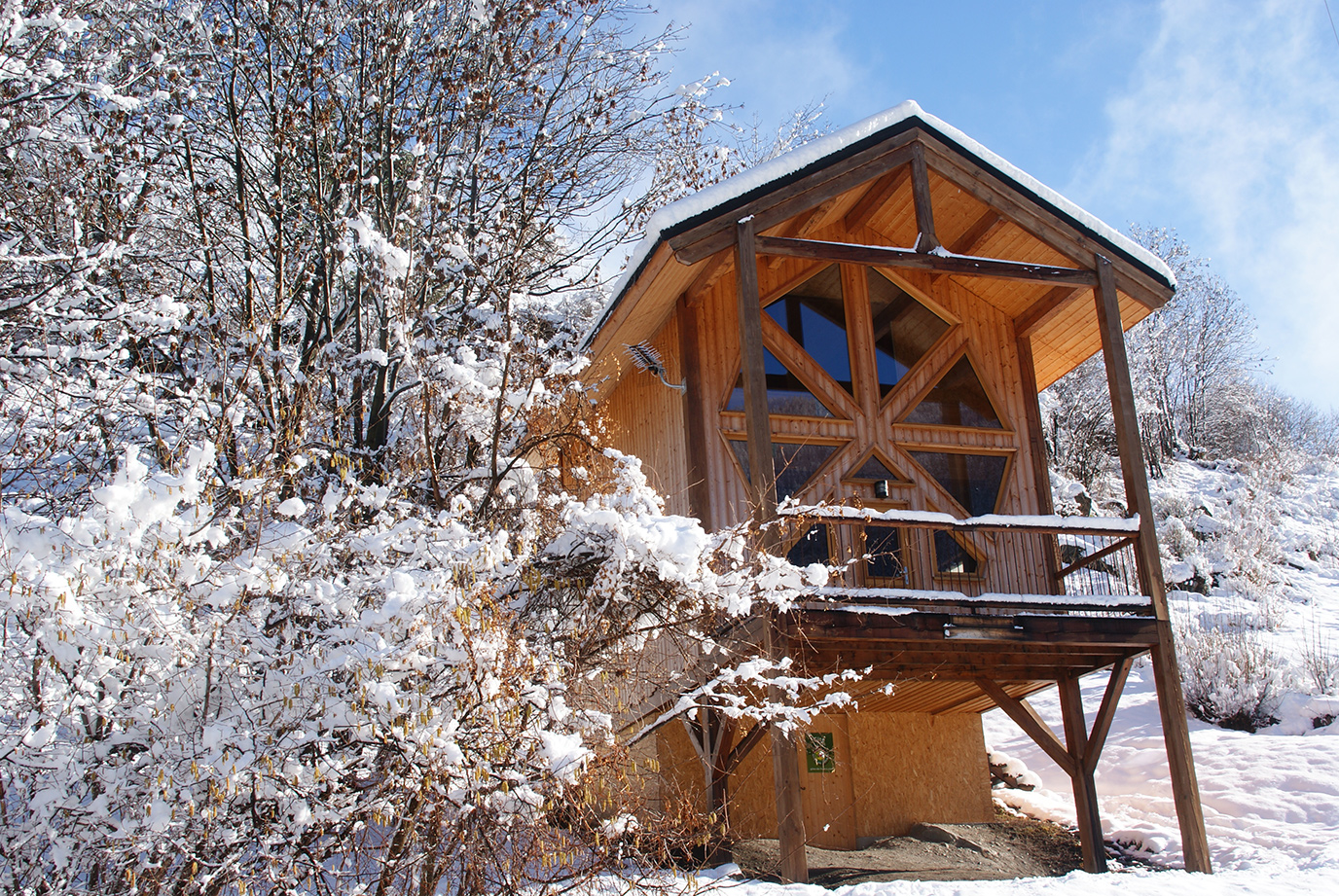 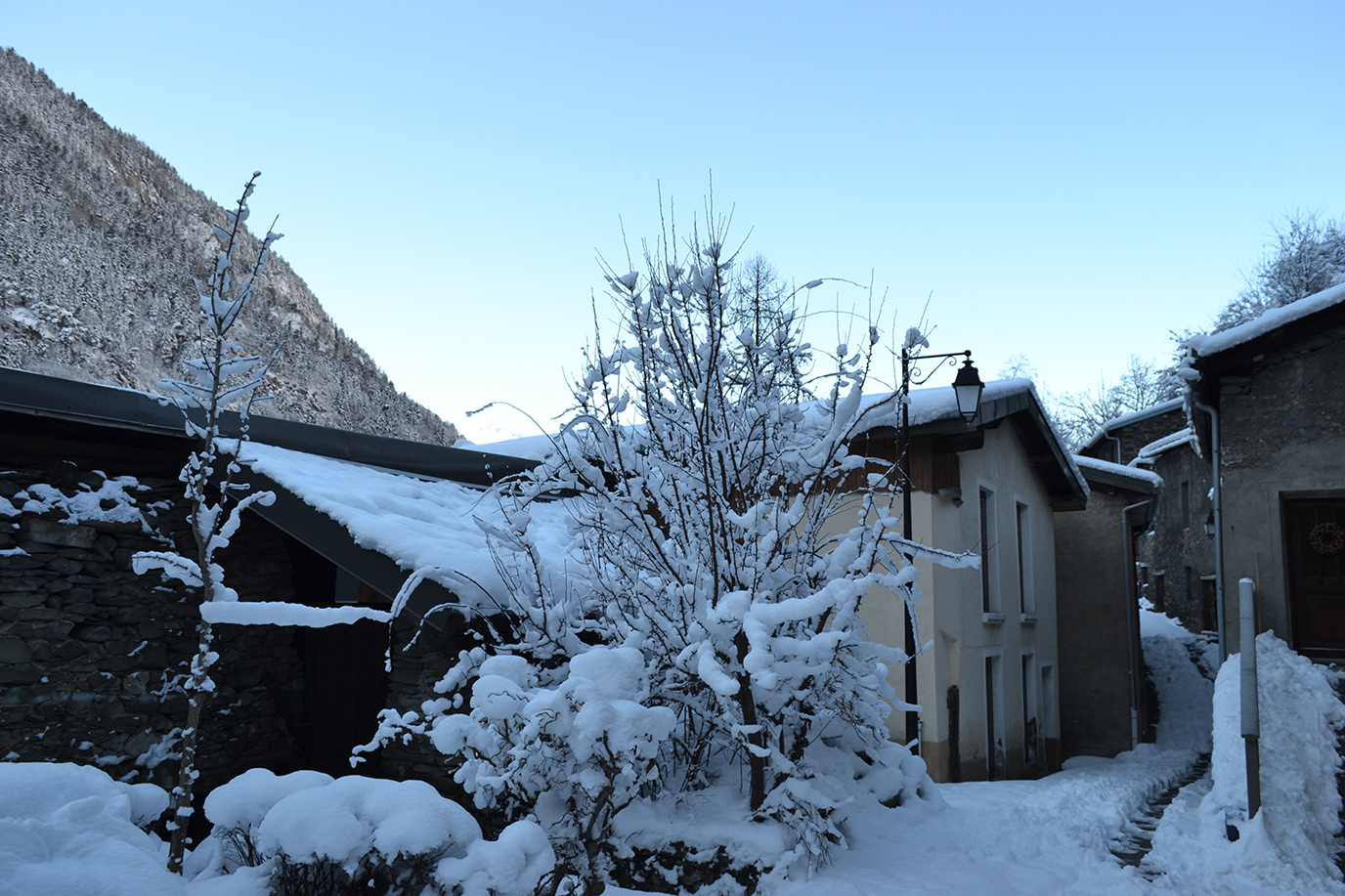 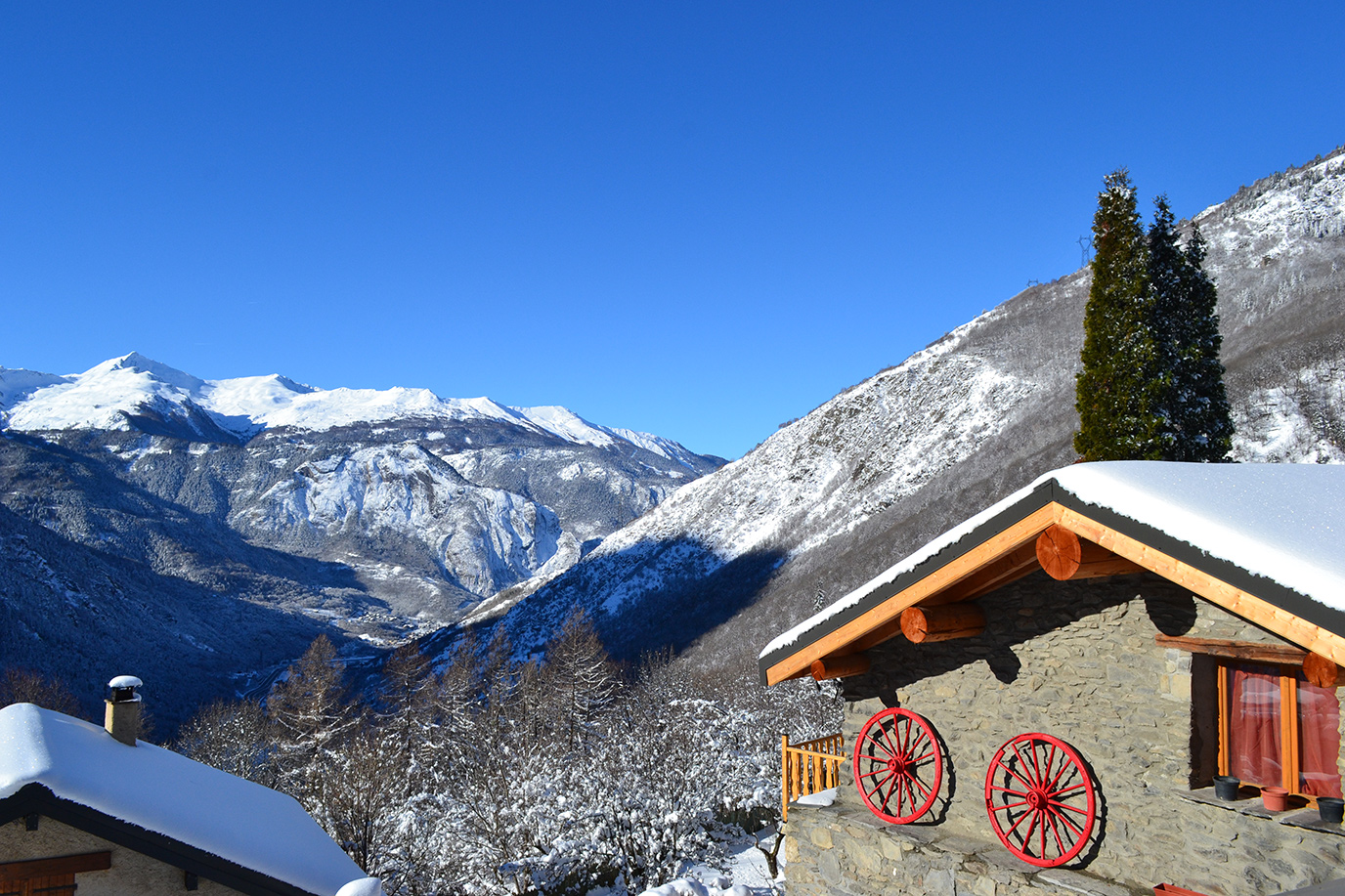 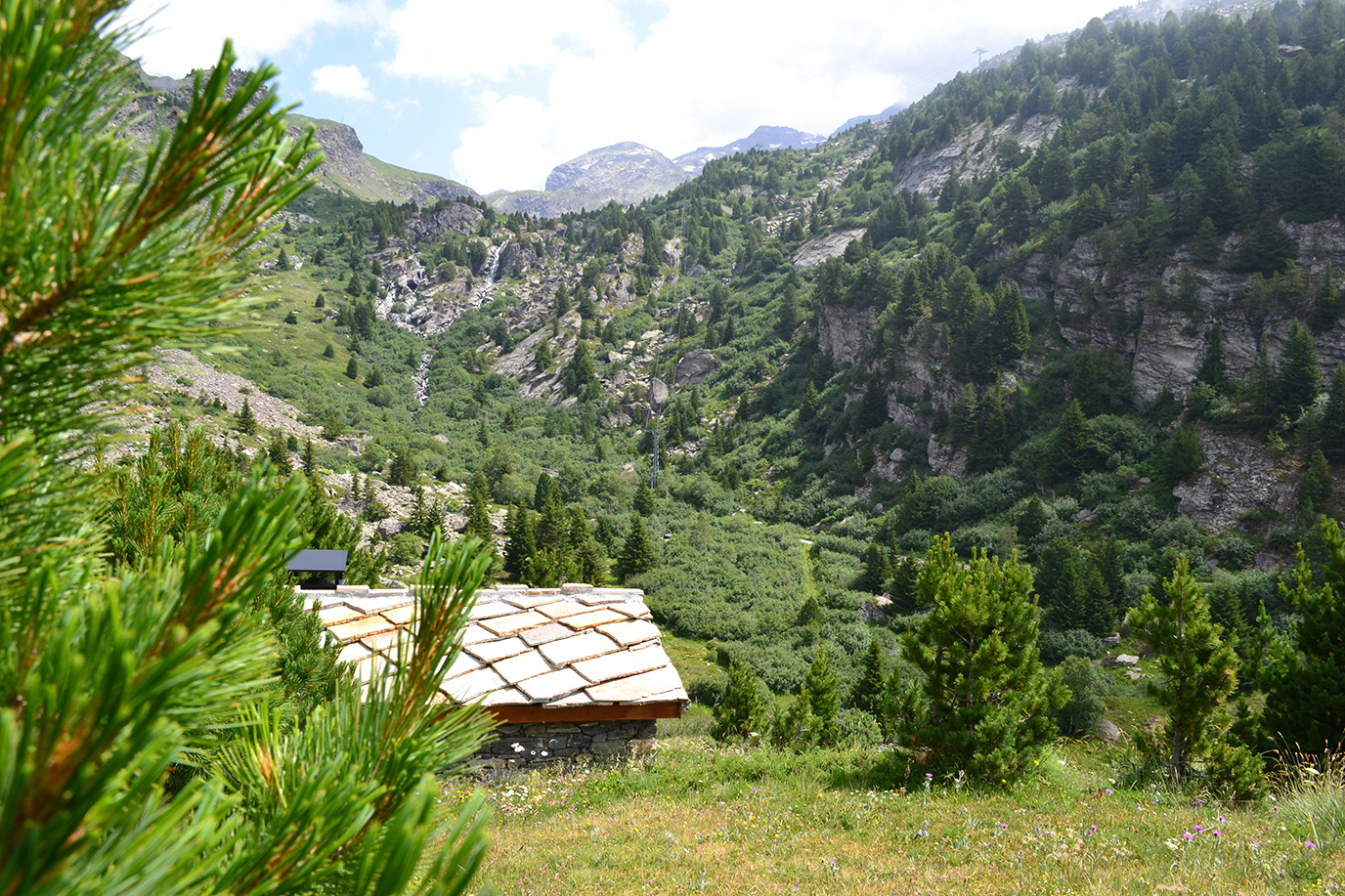 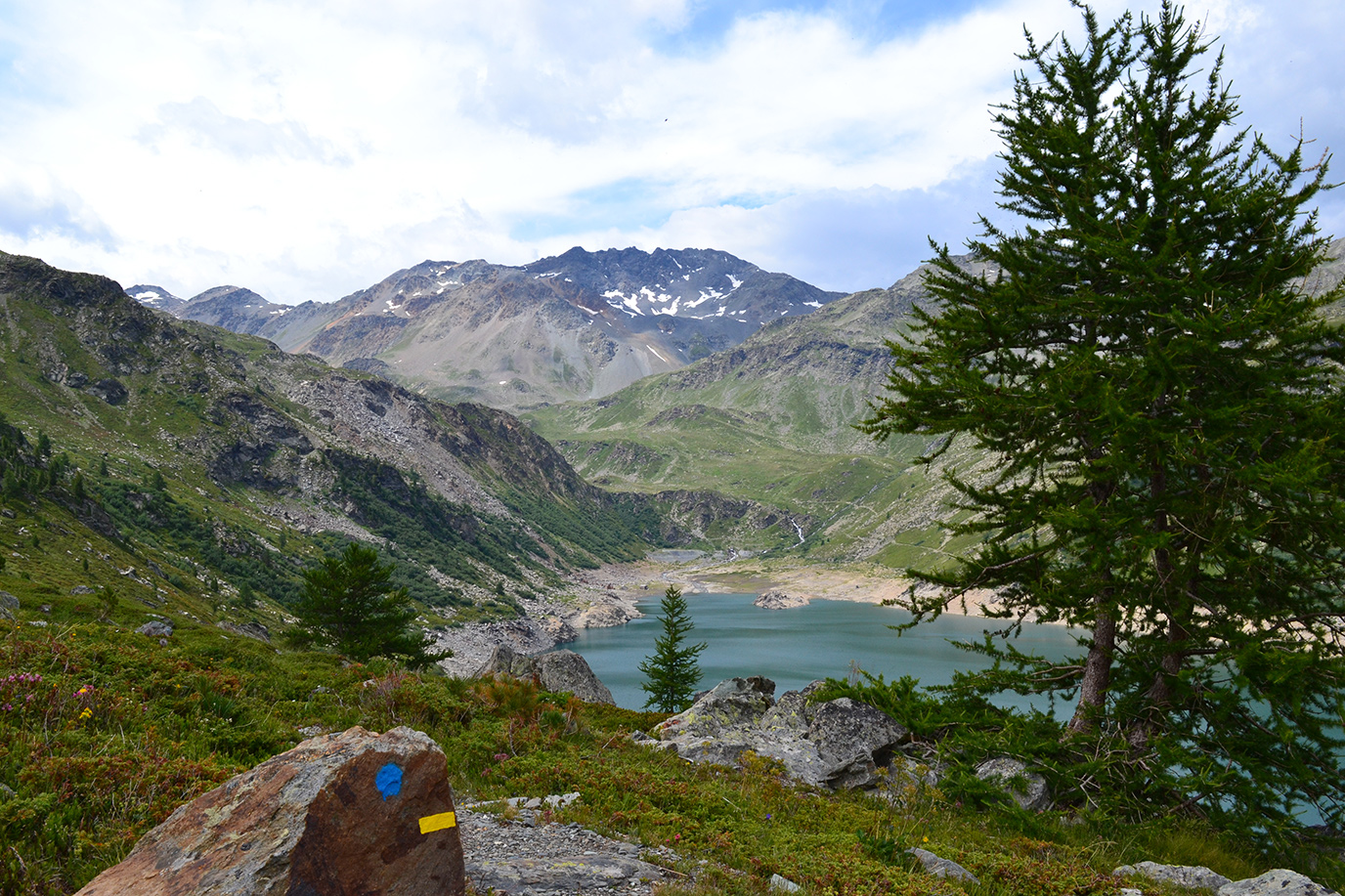 The purpose of the “Villes et Villages Fleuris” label is to promote awareness of local communities that are developing their territory for the well-being of citizens and the enhancement of their identity.
It encourages the sharing of experience around common projects.
It offers keys for sustainable arrangements.
Each community thus operates in accordance with a national quality charter.